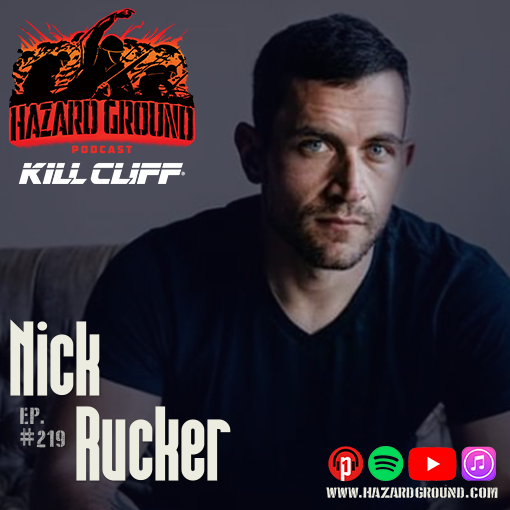 Nick Rucker is a veteran of two combat deployments – one to Iraq and one to Afghanistan. Those deployments didn’t come without a price. After returning home, Nick struggled with Post Traumatic Stress and alcoholism – two powerful adversaries that required the will to fight, even after the wars for him were over. Nick is now a touring country songwriter and singer, an author, and most important of all: sober…. Go to Episode 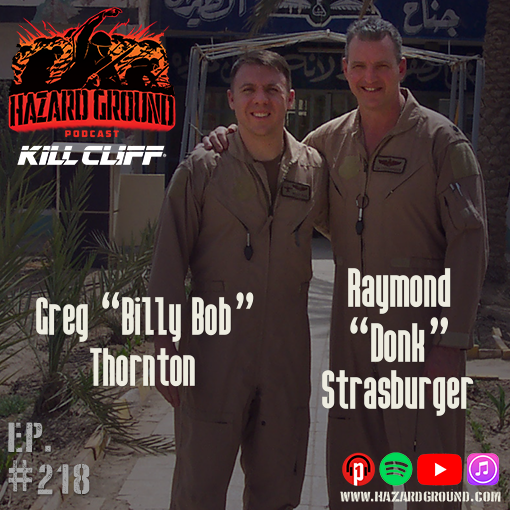 For our first episode released in both audio and video formats with our partners at Kill Cliff, Greg “Billy Bob” Thornton & Raymond “Donk” Strasburger – both Air Force A-10 pilots – take us through one of the most harrowing combat missions at the onset of the Iraq War in early 2003.  Both pilots flew their A-10s through a blinding sandstorm, in a white-knuckle effort to provide critical close air… Go to Episode 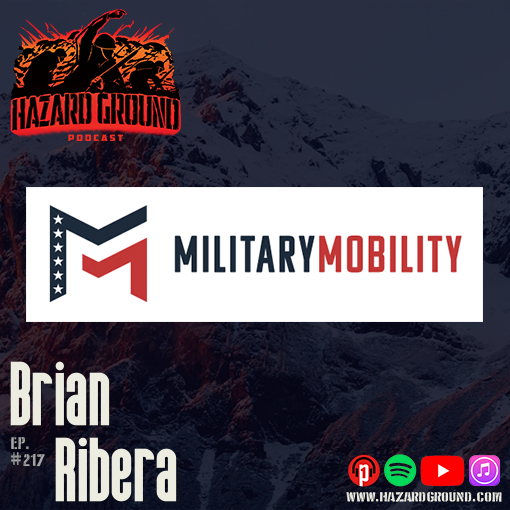 Brian Ribera is a retired Navy SEAL and the founder and president of Military Mobility – a non-profit, adventure-based organization that specializes in off-road expeditions and resiliency training for veterans. Military Mobility’s mission is to “put clients in a team environment which fosters camaraderie, trust, and inspires the realization that any challenge – no matter how great – can be overcome.” Hear how Brian has served his country at the… Go to Episode 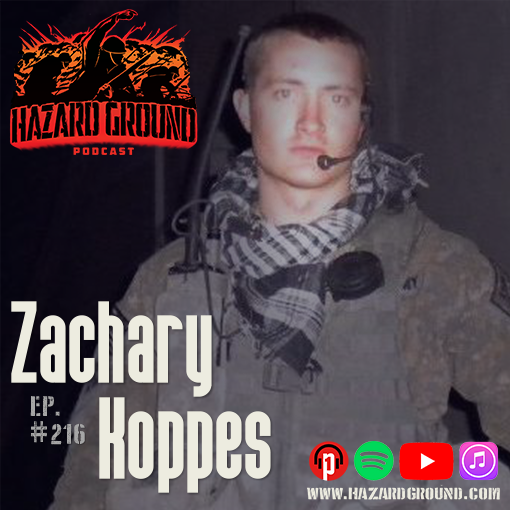 As we wrap up an extensive look at COP Keating and the Battle of Kamdesh, which occurred on October 3rd, 2009, in Afghanistan, Zachary Koppes takes us on an intense and sometimes hilarious/sometimes heartbreaking journey through the day-long battle and its aftermath. Koppes spent the entire day in the fight, firing his MK 19 grenade launcher at enemy targets while trying to avoid being hit by a sniper who had… Go to Episode 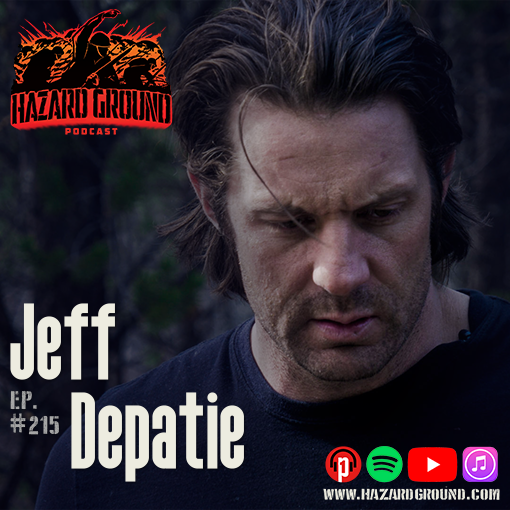 Jeff Depatie is the first ever Canadian servicemember we’ve had on the podcast. The man was born to be a warrior, spending his career in the Canadian Armed Forces as a sniper/assaulter in JTF 2 – an extremely high-readiness and precise, tier one special operations forces unit. JTF 2’s mission is to protect Canadian national interests and combat terrorism and threats to Canadians at home and abroad. Following his time… Go to Episode 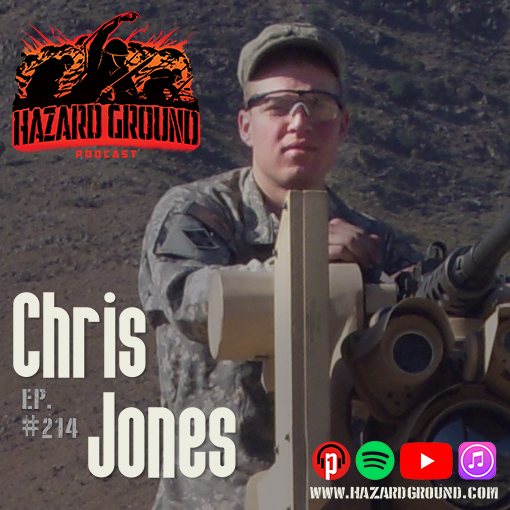 This week, another detailed look at COP Keating and the October 3rd, 2009 Battle of Kamdesh in Afghanistan with Chris Jones. Chris was an Infantry soldier in Red Platoon, Bravo Troop 3-61 Cav. He was also one of the five guys who volunteered for Clint Romesha’s small team to take back the outpost against overwhelming odds. Jones talks about the intense battle that unfolded that day in October 2009, and… Go to Episode 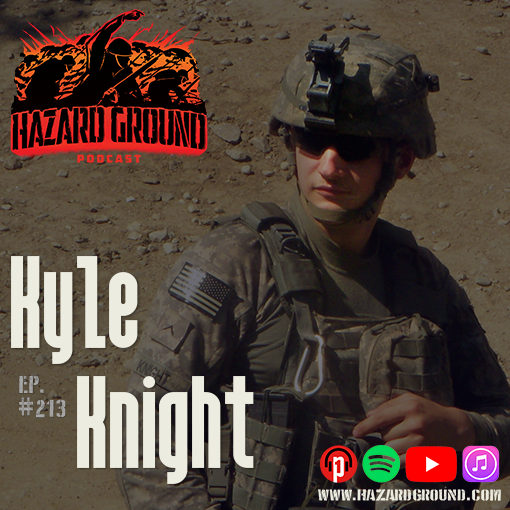 This week we return to COP Keating and the Battle of Kamdesh, which took place on October 3rd, 2009 in Afghanistan. Kyle Knight was a Forward Observer in Red Platoon, Bravo Troop 3-61 Cav. Kyle offers an unvarnished perspective of what life was like on Keating before the overwhelming October 3rd attack, the leadership failures that lead to it, and the hours fighting on the ground to win back American control… Go to Episode 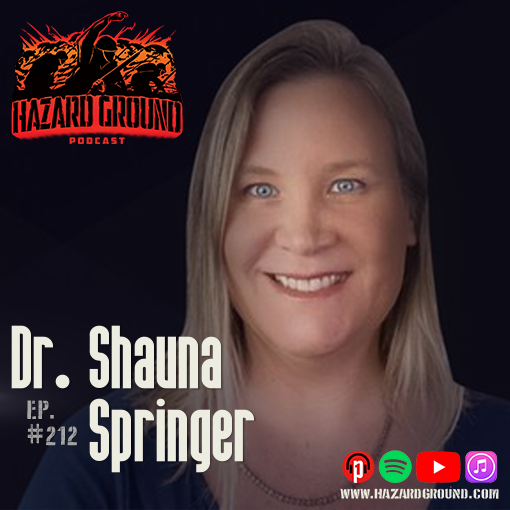 Dr. Shauna Springer’s father raised his kids like a drill instructor – up at 5 a.m. three times a week to run miles in the dark at a local track. That kind of activity at an early age, along with solo mission service trips to foreign countries starting at the age of 10, may just have been the spark that started Dr. Springer on a path to understanding the psychological… Go to Episode 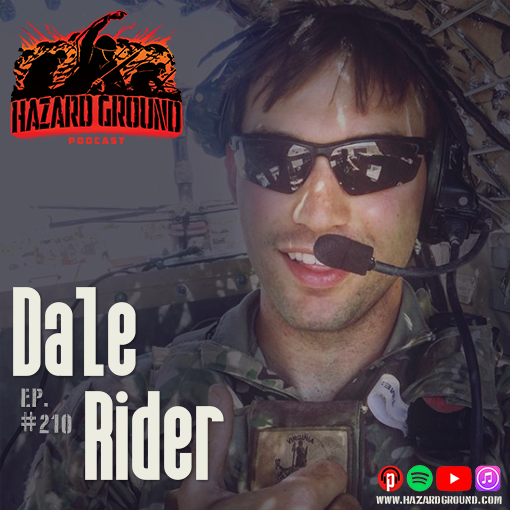 Dale Rider deployed to Iraq as a bridge crew member of an Engineer unit initially assigned to advise and assist the Iraqi’s, after the war had theoretically ended. So, naturally, in the middle of the Iraq mission, his small detachment would head into Syria for a different mission. Dale shares his experiences with that sudden change of mission, and the struggle to deal with some of its side effects when… Go to Episode 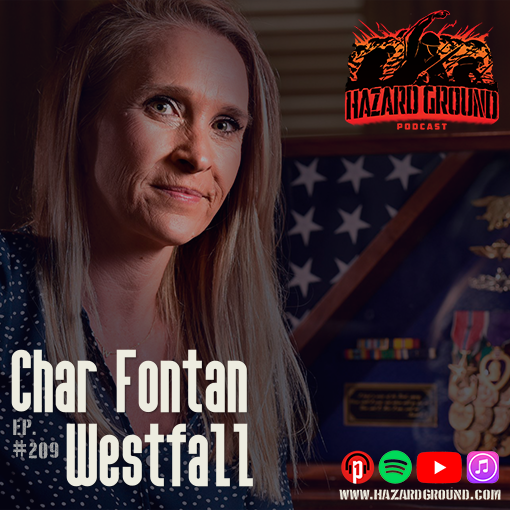 Once again, we step outside the bounds of the typical HAZARD GROUND guest to tell Char Fontan Westfall’s story. Char is the wife of the late Navy SEAL, Jacques Fontan. Jacques was killed while attempting to rescue survivors of Operation Red Wings, the ill-fated reconnaissance mission in June 2005 in Afghanistan, that left one lone survivor. Char talks about receiving the news of her husband’s death, and the long, difficult… Go to Episode