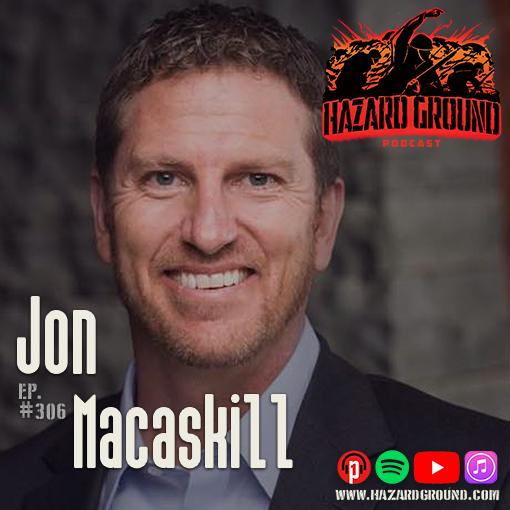 Jon Macaskill is a retired U.S. Navy SEAL Commander turned consultant and mindfulness and meditation teacher. During his 24-year Navy career, he served in multiple highly dynamic leadership positions from the battlefield to the operations center and the board room. Jon served in Iraq, Afghanistan, off the coast of Somalia, and in Panama. After retiring, he served briefly as the Deputy Executive Director for the veteran nonprofit, Veteran’s PATH. He… Go to Episode 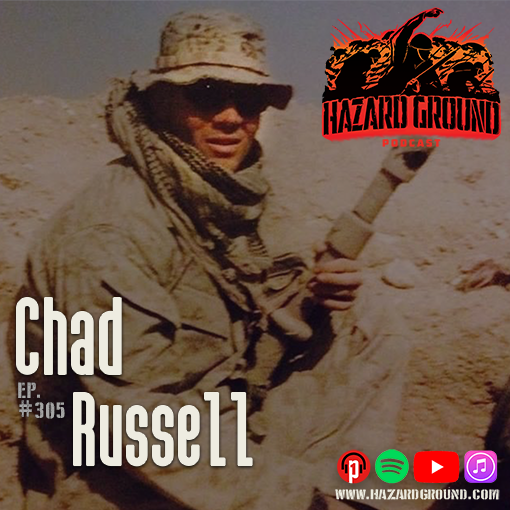 Chad Russell is a former U.S. Marine who left the Marine Corps as a Sergeant. Serving in the corps for four and a half years, Chad served three different deployments to Iraq. Chad’s journey involves a personal story of a flag he lost on his deployment that he would later find again and eventually be able to bring it back home. Support the podcast by supporting our sponsors at www.hazardground.com/sponsors Shop… Go to Episode 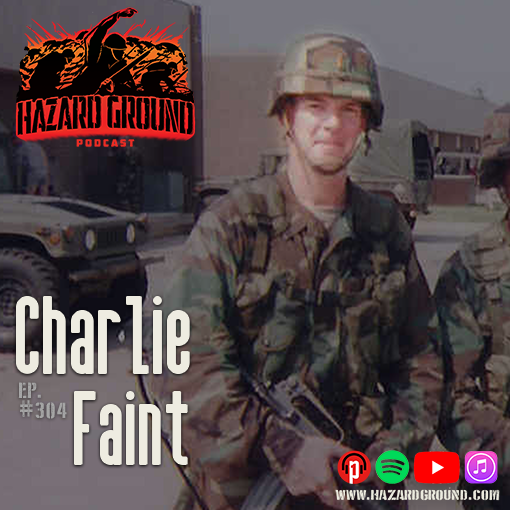 Charlie Faint served over 27 years in the Army’s Infantry and Military Intelligence branches. After graduating from Georgia Military College and commissioning through the ROTC program at Mercer University, Charlie did his Infantry time in the 101st Airborne Division and served two tours with the Second Infantry Division in Korea after his Military Intelligence transition. He also completed seven combat tours and served operational assignments to Hawaii, the Philippines, Egypt, and the Republic… Go to Episode 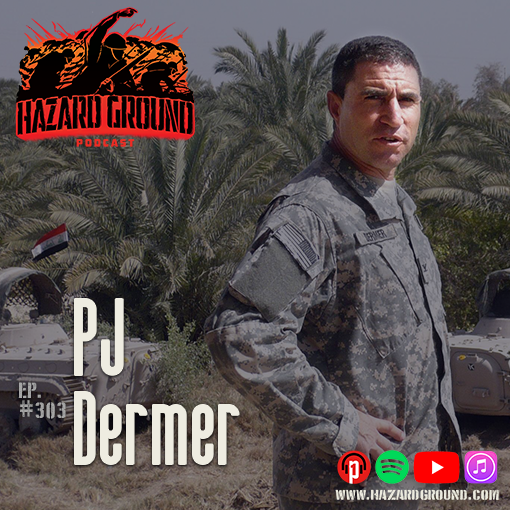 Colonel (Ret) P.J. Dermer’s active-duty Army career spanned 30 years and was spread over a breadth of challenging spectrums, including national levels of the U.S. government and multiple international hazardous duty and combat tours. Extending his energies to his post-military career, P.J. has worked veterans’ issues across the spectrum. He is a member of the Wounded Warrior Program, Mission Continues, and Team Rubicon. In 2020, after five years as a… Go to Episode 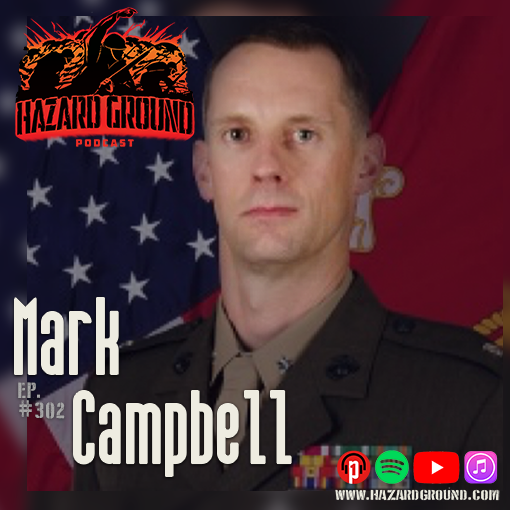 Mark Campbell graduated from Fordham University and has been in the U.S. Marine Corps for over 26 years in both active duty and the reserves. During his time in the Marines, Mark has had two deployments to Iraq and one to Afghanistan. He is currently still serving in the corps as the Amphibious Operations Planner for the National Defense University (NDU) Center for Applied Strategic Learning (CASL). He harnesses his… Go to Episode 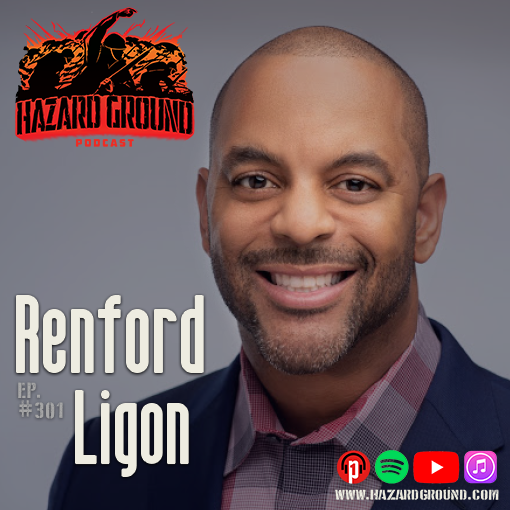 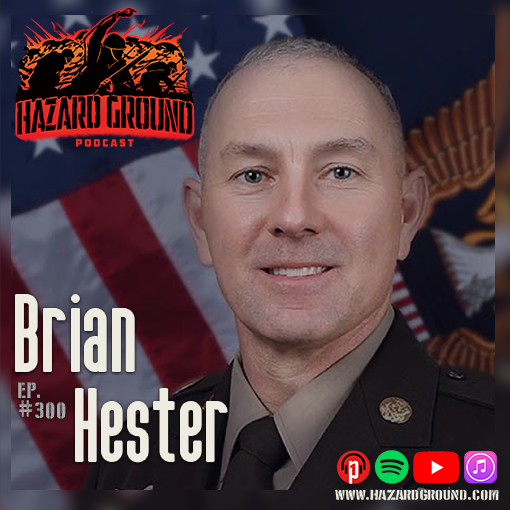 Brian Hester enlisted in the Army as an infantryman in 1990, completing his first assignment with the 2nd Infantry Division in South Korea. He went on to serve in roles based in North Carolina, Louisiana, Maryland, Hawaii, South Carolina and Iraq, fulfilling numerous leadership responsibilities and completing three tours in Iraq, two tours in Afghanistan and one tour in Kosovo. Hester holds a bachelor’s degree in liberal arts from Excelsior… Go to Episode 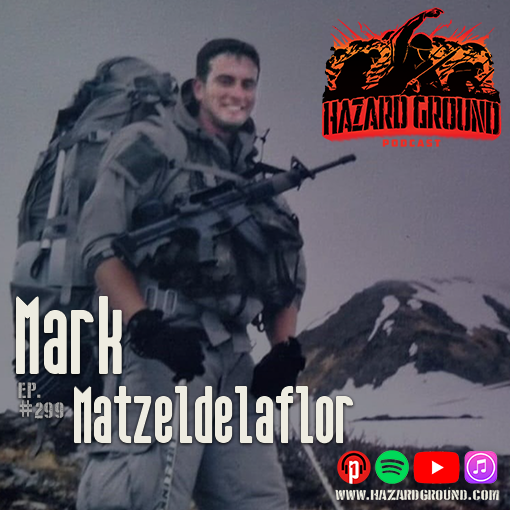 Mark “Matz” Matzeldelaflor grew up exploring the wilderness in the backwoods of New Hampshire, camping, hiking through the mountains, and climbing trees until the weekend after high school graduation when he joined the Navy to become a SEAL. He served in combat deployments to Baghdad and Ramadi, Iraq, and trained the West Coast SEAL Teams in combat skills before leaving active duty service in 2009. Mark would go on to… Go to Episode 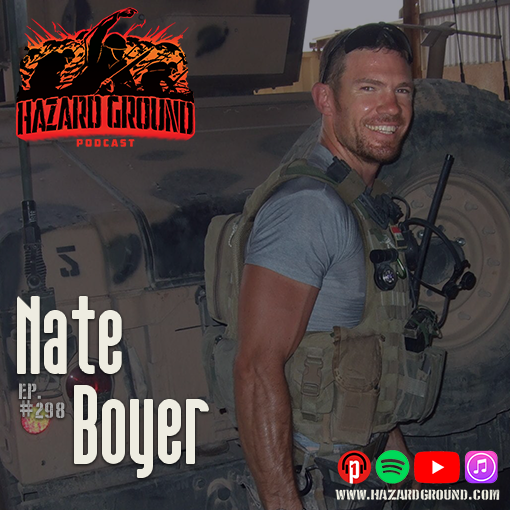 Former Green Beret Nate Boyer returns this week to the podcast with a specific purpose: to discuss the film that he wrote, directed and starred in titled “MVP.” Boyer co-founded his non-profit MVP (Merging Vets & Players) with Jay Glazer of FOX Sports to bring together combat veterans and former professional athletes as they both share a bond of the tough transition when the uniform comes off. The movie takes… Go to Episode 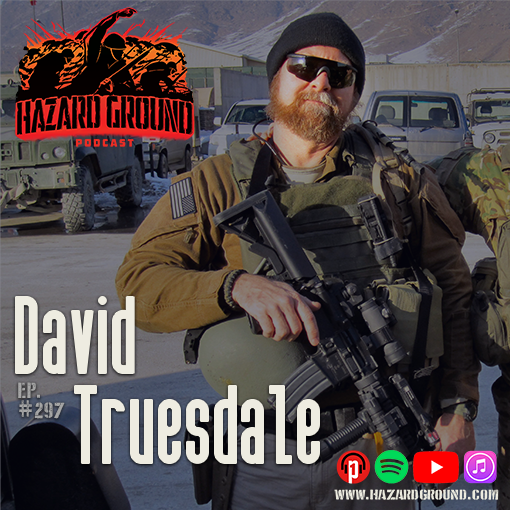 David Truesdale has worked very closely with military members and military units, spending about 27 years in the Naval Criminal Investigative Service. David had combat deployments to Iraq and Afghanistan, as well as deployments around the world; working in Counter Intelligence and Counter Terrorism. At certain points in his career, David was in charge of military troops and military units. David is also the co-founder of the Warrior Spirit Project,… Go to Episode